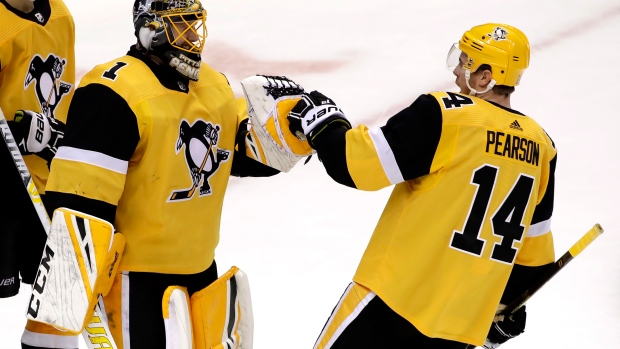 The Pittsburgh Penguins have signed goaltender Casey DeSmith to a three-year contract extension.

The deal begins with the 2019-20 season and runs through the 2021-22 campaign, and carries an average annual value of $1.25 million. DeSmith was set to become an unrestricted free agent this summer.

"Since joining the Penguins' organization, Casey has excelled for us at every level, first in Wheeling and Wilkes-Barre/Scranton, and now here in Pittsburgh," Rutherford said. "We're pleased to have him signed with our organization for the next three-and-a-half seasons."

DeSmith, 27, has 12 wins and two shutouts in 22 games this season. His 2.47 goals-against average and .924 save-percentage rank 13th and ninth in the league, respectively.