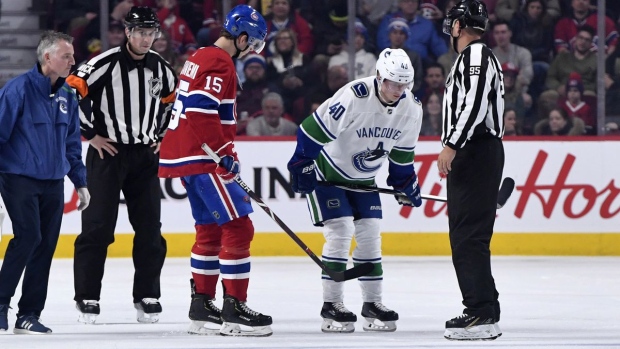 According to Vancouver Canucks head coach Travis Green, Elias Pettersson has a slight sprain in his MCL.

Update on Pettersson from Coach Green: “Slight sprain in his MCL, it’s not too bad. Probably as good news as we could have hoped for.”

Pettersson suffered the injury in Thursday's game against the Montreal Canadiens after he got tangled up with Habs rookie Jesperi Kotkaniemi and fell to the ice. He left the game and didn't return.

Pettersson had an MRI on Saturday in Toronto and didn't play against the Maple Leafs.

Without Pettersson in the lineup against the Leafs on Saturday, the Canucks lost 5-0.

The Canucks next play on Thursday at home against the Arizona Coyotes.