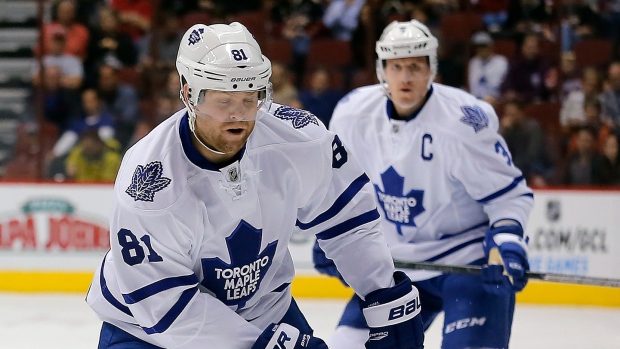 On the day Randy Carlyle was fired as the coach of the Toronto Maple Leafs, the conversation kept coming back to Phil Kessel – the team's most talented, highest paid and most enigmatic player.

That term is often reserved for mercurial European players in the NHL – perhaps too often. But in this case, it seems to fit a player from the good ol' USA, who just happens to be contractually committed to Toronto for seven-and-a-half more years - longer than any other player on the roster.

In so many ways, Kessel seems to represent everything about today's Leafs – he has the ability to score goals, but his defensive play leaves much to be desired and there seems to be no rhyme or reason for when he's on his game and when he's off it.

Most importantly, however, is the fact that when Kessel is engaged, the Leafs tend to win. And when he is not, well...they don't.

If the debate about what Phil Kessel is or is not what was heating up before Tuesday, the firing of Carlyle has turned the heat up on this question even more so.

Is he akin to the NFL's Jay Cutler, the petulant quarterback of the Chicago Bears who's known as the NFL's biggest coach killer? How about the NBA's Rudy Gay, the former Toronto Raptor star who - like Kessel - was his team's highest-paid and most offensively gifted player, but also one with a suspect commitment to team and playing defence. The Raptors traded him and got better.

Could the same thing happen with Kessel?

It's a dangerous game for fans or members of the media to try to determine the character of a player since they only see the version of him that is exposed to the public - not what goes on behind closed doors. But consider the circumstantial evidence around Kessel that suggests he's not the kind of player you build around or win with - despite the talent:

- There were the comments of Leaf assistant Steve Spott, who told a group of minor hockey coaches last summer that Kessel refused to buy into things the coaches were preaching and that he hated Carlyle, who believed management wouldn't adequately deal with him.

- There was MLSE president Tim Leiweke saying his team had players with excellent stats but, "just terrible character." Whomever could he be speaking of?

- There was former Maple Leaf executive Bill Watters recently relaying a story about Kessel refusing to consider playing on left wing when approached this season by both the coaching staff and team president Brendan Shanahan.

- And there were insightful comments of former Leaf head coach Ron Wilson on Tuesday who described Kessel as a moody, hard-to-reach talent who is as capable of sinking his team with his whims as he is of elevating it.

Other - and less significant - things, such as Kessel's tweet during last spring's playoffs about there being nothing better than fishing with his buddies, or his training camp remark about not skating much during the summer are hardly highly high crimes or reason to doubt a player's value to his team.

But they do illustrate a tone deafness that is hard to fathom from someone who is under the spotlight in the centre of the hockey universe.

When you back up a bit more and consider that, after scoring 36 goals as a 21-year-old, the Boston Bruins (who went on to win a Stanley Cup and compete in another Final) determined it was in their best interests to trade him, well...that certainly says something doesn't it (And raises the stakes in the unlikely circumstance that Boston fires head coach Claude Julien sometime this year and he becomes available to the Leafs)?

The biggest decision facing the Leafs in 2015 will be hiring their next coach. But riding shotgun to that will be determining whether it's time to move their most talented - and confounding - player.