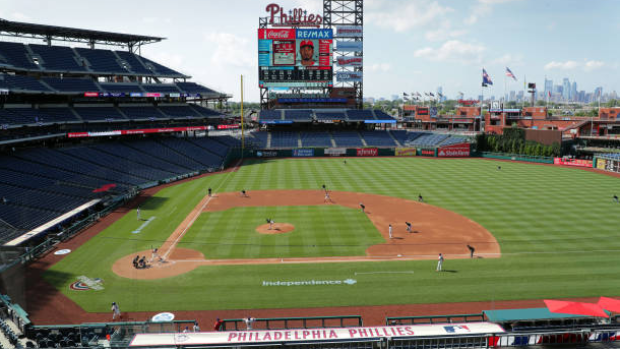 The Philadelphia Phillies announced Saturday morning they have no new positive COVID-19 tests and will begin staggered workouts at Citizens Bank Park later in the day.

However, they will still not take the field any time soon.

According to Jon Heyman of the MLB Network, the Phillies are postponing their game against the New York Yankees scheduled for Monday evening. Heyman adds they "can easily make up" since the two teams are scheduled to play the following three days.

Yankees-Phillies Monday game has been postponed. Can easily make up as teams are scheduled to play the following 3 days.

It was feared that there might a possible Coronavirus spread within the Phillies organization after eighteen Miami Marlins players and two staff members tested positive in the last week following the series the two teams played last weekend.

The Toronto Blue Jays were scheduled to take on the Phillies in Philadelphia this weekend but those games were postponed following the Philadelphia's two positive test results earlier in the week.

The Blue Jays has remained in Washington since their series with the Nationals concluded Thursday and will be back in action Tuesday night in Atlanta against the Braves.