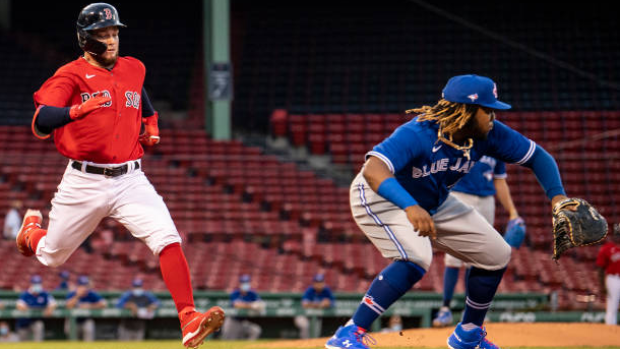 Finally, it is Opening Day 2020! So far, this has been a year of chaos and unpredictability. Twenty years from now, that will be how we remember this baseball season as well.

In a normal year, we would be just about a week away from the July 31 trade deadline. Teams would have decided if they were buyers or sellers, and general managers would be exchanging names and trying to close deals.

This season, all 30 teams are tied for first place on July 23. We are going to have an amazing sprint to the finish that will be full of surprises. Last year, 19 of the 30 teams had a span of 60 games in which they went at least 33-27, and that doesn’t include the up-and-coming Blue Jays, Reds, Padres and White Sox. That record likely gets teams into the playoffs this year.

Anything is possible in a short season like this. Hot teams can beat more talented teams. There is no marathon of 162 games for consistent teams to overcome streakiness It’s the element of the unknown that will make 2020 so interesting.

More than the standings have a chance to be flipped upside down because of the unpredictability. We may have a hitter with a .400 batting average. We could have a pitcher who betters Bob Gibson’s 1.12 ERA mark from 1968.

One or two bad starts from a pitcher or a couple bad weeks for a hitter can wipe out their chances to earn an award. Gerrit Cole was 5-5 with a 4.13 ERA after his first 12 starts last season. He finished the year 20-5 with a 2.50 ERA. Jose Altuve hit .222 through the Astros first 60 games in 2019 as he suffered with some injuries, yet he finished batting .298 on the season.

There is a chance we could have some obscure players at the top of the leaderboards in 2020.

Montoyo will manage to win

Keep an eye on the decision-making this season of Jays’ manager Charlie Montoyo.

As the manager of a rebuilding club, he would look to continue to develop young players at the major- league level over the marathon of a 162-game season. He would let players push through slumps, so they learn how to overcome struggles. But in a 60-game sprint, I expect he will manage to win.

He will have a much shorter leash with underperforming players. If a backend-of-the-rotation starter struggles, look for him to be replaced. If an outfielder isn’t hitting, I expect Montoyo to insert someone else in the lineup. If a reliever doesn’t get the job done twice in a row, he will find someone else to give the ball to the next time.

A season spent on the road

The Blue Jays are running out of options on finding a place to call home for the 2020 baseball season.

So far, the Jays have been rejected in Toronto and Pittsburgh. Most recently, the Pennsylvania government decided that allowing the Jays to use PNC Park as their summer home was too risky. The concern was that allowing teams from states like Florida, where the positive tests for COVID-19 have spiked, would compromise the health of Pennsylvanians. Effectively, it was the same decision the federal government in Canada made.

The Jays are running out of options and time. Sharing Camden Yards with the Baltimore Orioles has been considered, although there are some conflicts in the schedule. Buffalo is still a possibility, although there are infrastructure deficiencies at Sahlen Field. The team’s spring training base in Dunedin, Fla., is available, but calling Florida home wouldn’t make player health the priority. The last possibility is that the Jays travel to each opponent’s stadium all season long and play as the “home team” as the schedule dictates.

Wherever the Blue Jays play their home games this season it will not truly be home. The young team will be checking in and out of hotels all summer long. Have you ever lived out of a suitcase for a long period of time? Have you ever woken up in the morning and not remembered what city you are in? This will wear down even the most resilient of ballplayers. The mental and emotional toll will be significant. The Jays have gone from having the best setup to play their season in Toronto to being a homeless group of men with nowhere to go.

Baseball players are creatures of habit. They like schedules and routines. There will be no consistency to their life at or away from the ballpark without a true home. That is not conducive to success.

Predictions for the 2020 season:

The Blue Jays will finish in third place in AL East with a 28-32 record. Considering all they will have to endure without a real home this summer, it will be quite an achievement. They will come up short of the playoffs, but this year will be a step forward in the rebuilding process.

The addition of former Blue Jays’ slugger Josh Donaldson improves an already potent offence.  Their pitching isn’t great, but it is good enough in the weak division.

The A’s have a young core of talent that is second to none. This is the year that they unseat the Astros. Oakland usually starts slowly, but the sprint this year will give them a sense of urgency.

Cleveland is typically a slow-starting team, but they aren’t playing in cold weather early this season. Their pitching is the best in the division and will carry their sluggish offence.

The addition of Corey Kluber to the Rangers rotation and a healthy Joey Gallo will push them over the top. A new stadium with a retractable roof will keep the players from wilting in the Texas heat and they will hold off the Astros for the second wild-card spot.

The delay to the season has wiped away the potential of any hangover from last year’s championship run. The depth of their starting pitching and the experience of an amazing season will propel them again this year.

They still have enough talent and their experience will separate them in a deep division. Time is running out on this group, but they will have one last hurrah. Kris Bryant and Yu Darvish will lead the way as strong MVP and Cy Young candidates respectively.

They have so much depth of talent that they can overcome just about any challenge. The addition of Mookie Betts makes them an offensive powerhouse. Their pitching staff is a bit young, other than ace Clayton Kershaw, but still extremely talented.

Ronald Acuna Jr. leads the way in Atlanta, and the deep pitching staff gets them to the playoffs again. They have the deepest bullpen in the NL, which will protect their young rotation.

The off-season acquisitions of outfielder Nicholas Castellanos and second baseman Mike Moustakas make the difference for the Reds. They had great pitching in 2019, but not enough offence. Problem solved.

The Nationals and Yankees are playing the first game this season and they will play the last. The Nats’ pitching is deeper than the Yankees and will be the difference. For the first time since the Yankees won three-straight from 1998-2000, we will have back-to-back champions.