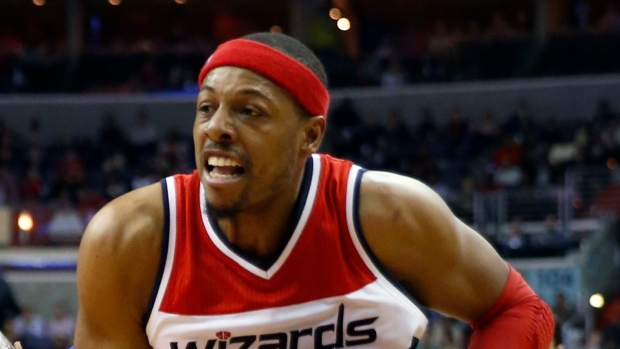 LOS ANGELES, Calif. - Paul Pierce has returned home to play for the Los Angeles Clippers, where he is reuniting with coach Doc Rivers.

The 10-time All-Star forward formally signed with the team on Friday after spending last season with Washington, where he averaged 11.9 points, 4.0 rebounds and 2.0 assists while starting 73 games.

He reportedly agreed to a $10 million, three-year deal after turning down the Wizards.

The Clippers signed Wes Johnson on Thursday, which could lessen Pierce's minutes throughout the season.

Pierce starred at nearby Inglewood High before playing three years at Kansas and then being drafted 10th overall in 1998.

He helped Boston win the 2008 NBA title and was named MVP of the finals when Rivers was coaching the Celtics.