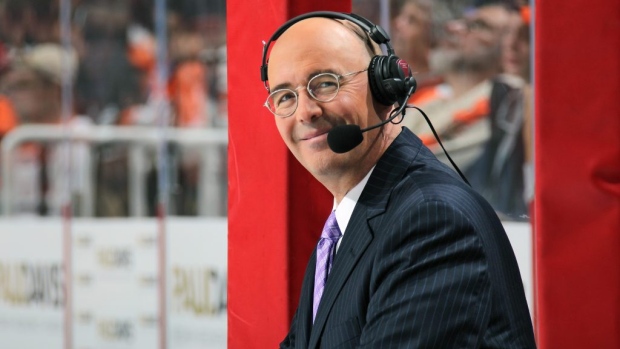 Pierre McGuire's knowledge of where seemingly everyone in the NHL played pee-wee, junior or college hockey will now go to use in a setting far more private than national television.

The Senators hope he will be able to take more than a decade stationed between NHL benches and turn it into information that ends their playoff drought and makes them a contender again.

“With his TV experience, you go in there and you’re unbiased all the teams and he comes in here and he’s unbiased," general manager Pierre Dorion said on a video call with reporters. "Him coming in here with his unbiased views, I think, is going to be really helpful for us making proper decisions, and he’ll be someone that obviously has a lot of input in a lot of the decisions that we’re going to make moving forward.”

McGuire was one of the faces of NBC Sports’ hockey coverage since 2006, often serving as the between-the-benches analyst. Before that, he worked for TSN in Canada and did color commentary for Montreal Canadiens radio broadcasts.

The 59-year-old will try to make the transition back to management as smoothly as possible, using his experience away to offer a different perspective.

“When you do the TV job that I had the privilege of doing for over 20 years, you get to see a lot behind the scenes of what works with each organization in the league and what doesn’t work, what players are trending up, what players are trending down,” McGuire said. “I’ve been around it so long and when you work inside the glass or between the benches, however you want to describe it, you’re in the game.”

McGuire's experience is similar to when John Davidson left TV to take over as president of hockey operations for the St. Louis Blues in 2006 or even Brian Burke returning from a brief broadcasting stint to run the Pittsburgh Penguins' hockey operations department this year. He doesn't think there will be a big adjustment period, and advice from Davidson, now back with Columbus, and Burke should help.

But McGuire also has his own experience to lean on. He was a Senators pro scout between 1994-96 before going into radio and TV. He won the Stanley Cup twice as a Pittsburgh scout and assistant in the early 1990s and went on to be assistant general manager and coach of the Hartford Whalers.

“His experience will be instrumental as we continue to build an elite team,” owner Eugene Melynk said in a statement. "Pierre’s knowledge of the game and its players is highly regarded, and I am confident that he will positively assist our team as it progresses to the next level.”

Dorion called it a “no-brainer” to bring in someone with McGuire's knowledge and experience. But Dorion is also in the final year of his contract, McGuire said he has turned down other NHL job offers over the past decade and the question was posed if the current GM is worried if his replacement was just hired.