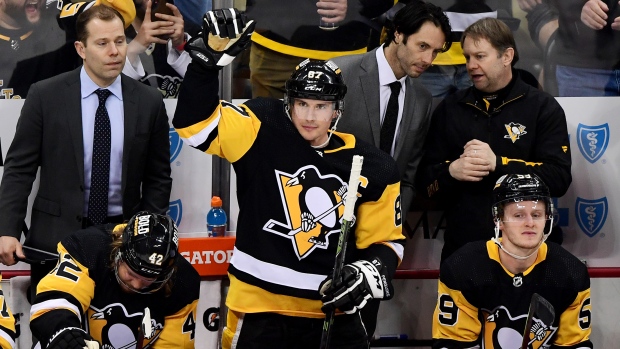 Crosby reached the mark with a power-play goal in the first period of Tuesday night's game against Philadelphia.

Crosby is the 46th player in NHL history to reach the 500-goal plateau and the 18th to do it with one franchise. He is the second Penguin to score 500 goals, joining Hall of Famer Mario Lemieux.

Crosby beat Flyers goalie Carter Hart with a shot from just above the goal line at 16:34 of the first period. Longtime teammate Evgeni Malkin fed Crosby, who gave Pittsburgh a 2-1 lead.

Crosby's milestone also marked his 50th career goal against the Flyers. The three-time Stanley Cup winner has 50 goals and 67 assists in his career against Pittsburgh's cross-state rivals.