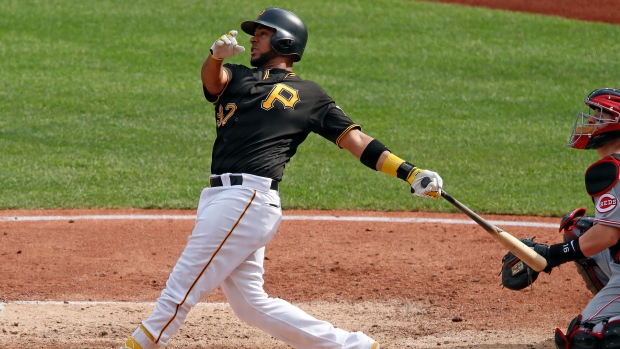 PITTSBURGH — Catcher Elias Diaz became a free agent after the Pittsburgh Pirates declined to offer him a contract for the 2020 season on Monday.

The 29-year-old Diaz inherited the starting job last season while Francisco Cervelli dealt with a concussion before being released in August. Diaz hit .241 with two home runs and 28 RBIs in 101 games while splitting time with Jacob Stallings. Diaz struggled defensively. His 12 errors led all National League catchers and his eight passed balls ranked fifth.

The Pirates did agree to a $725,000, one-year contract with shortstop Erik Gonzalez. He hit .254 with one home run and six RBIs in his first season in Pittsburgh in 2019.

Gonzalez missed more than three months after fracturing his collarbone during a collision with centre fielder Starling Marte in April.