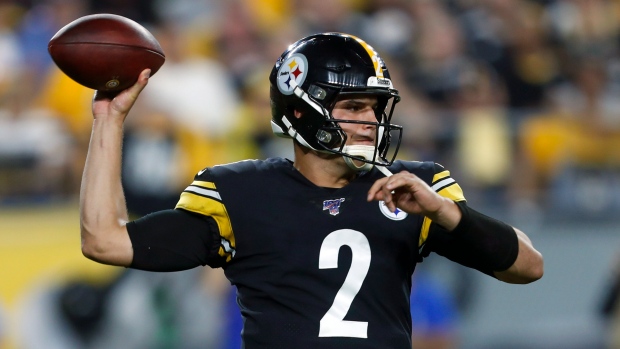 Pittsburgh Steelers QB Mason Rudolph was carried off in the third quarter of Sunday's matchup with the Baltimore Ravens after taking a hit to the head area from Ravens safety Earl Thomas.

Upon taking the hit, Rudolph's head fell hard to the ground and he stayed down for several minutes before exiting the field slowly with the training staff. He was ruled out for the game not long after.

ESPN's Adam Schefter reports that Rudolph was allowed to go home from the hospital after he sustained a concussion and will remain in NFL's concussion protocol.

Steelers’ QB Mason Rudolph was allowed to go home from the hospital tonight after being concussed earlier in the day, per source. Rudolph now is resting at home and will be in the NFL’s concussion protocol, a best-case scenario after the hit he took from Ravens’ S Earl Thomas.

Prior to his departure, Rudolph was 13-for-20 for 125 yards and one touchdown.

Delvin Hodges took over under centre for the Steelers with 7:29 to go in the third quarter.