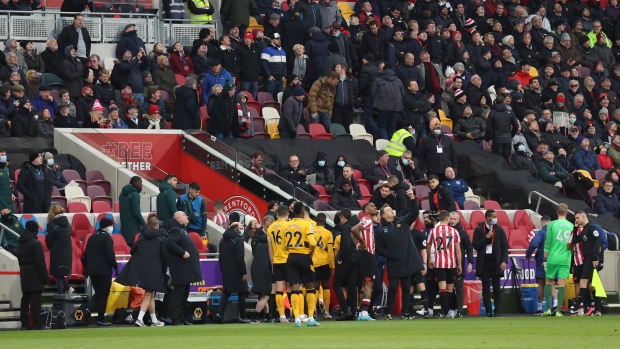 Brentford, Wolverhampton players escorted off the field , The Canadian Press

LONDON (AP) — Play was suspended for nearly 20 minutes in the first half of a Premier League match between Brentford and Wolverhampton on Saturday because a drone was hovering above the field.

The referee instructed players to leave the field in the 34th minute at Brentford Community Stadium in west London.

The teams re-emerged and briefly warmed up before play resumed with 19 minutes remaining in the first half, which ended scoreless and 71 minutes after the match had started.

There had already been a long stoppage in play following a sickening clash of heads between Brentford teammates Mathias Jensen and Rico Henry, which left both bleeding heavily. They were both replaced by concussion substitutes.