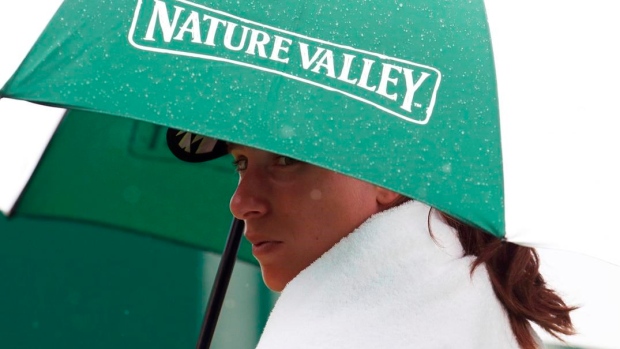 EASTBOURNE, England — Wimbledon champion Angelique Kerber will meet Simona Halep in the quarterfinals at Eastbourne after they won their third-round matches Wednesday.

Seeded fourth, Kerber beat Sweden's Rebecca Peterson 7-6 (4), 6-0 and now has a 5-1 record on grass this season ahead of next week's Wimbledon. The 31-year-old German reached the Eastbourne final in 2012 and 2014, losing both times.

Halep came through a tough third-round match against Polona Hercog 6-1, 4-6, 6-3. The Romanian player faced three break points and lost them all, but managed to break Hercog six times.

Second-seeded Karolina Pliskova hit 24 winners in a 6-1, 6-2 victory over Elise Mertens. That set up a quarterfinal against Ekaterina Alexandrova, who progressed when her opponent Jelena Ostapenko retired with a hip injury at 3-6, 1-2 down.

Britain's Johanna Konta lost 6-3, 6-2 to Ons Jabeur of Tunisia, who will face Alize Cornet in the last eight.