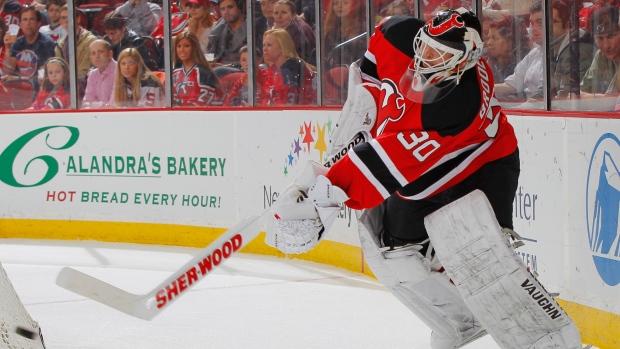 The stats speak for themselves. Marty Brodeur had an amazing career anyway you want to slice it. It's always a personal preference as to who people believe is the best of all time. The one thing that is certain, Brodeur's name is in that conversation.

Some will speak to Dominik Hasek, for what he was able to do team-wise and achieve personally, while some will look at Patrick Roy, who is the winningest goaltender in the postseason and who also revolutionized the position with the butterfly save. Some older than this generation will throw names like Terry Sawchuk or Vladislav Tretiak around. I'm not sure there is a right or wrong answer. It becomes a personal preference, with caveats of when they played as far as generations, who you value more for their style, or even a like ability factor may weigh in on an opinion.

There are many things I loved and respected about Brodeur as a goalie. Here are a few things that stood out for me:

Durability - To play 1,266 games is insane. That number is a monster and speaks to the consistency of Marty and how he was able to play 70-plus games a year for 20-plus seasons (throw in a couple of lockouts/work stoppages and the number is bigger). I believe that record will never be broken, especially with the way goalies play today. It's so hard on the body. With flexibility and lateral movement at a premium, the stress on the knees, hip flexors and groins, it will be tough to have a run of that many years in a row playing 65-plus games a season. To put it into perspective - the 1,266 regular season games - the closest to Marty of active goalies is Roberto Luongo. He is 35-years-old and has played 840 games, so if he averages 65 games for the next six-and-a-half years, he can come close to Brodeur at age 42. This is given that he is healthy (knock on wood) and wants to play that long.

Let's look at someone younger. Carey Price is 27-years-old and has played 405 games. It would take him playing 65-plus games a year for the next 13.25 years to come close to the record - something that in today's game would be very tough to achieve given all the factors involved. The list goes on from there, with names like Fleury (569 GP), Lundqvist (610 GP) and Miller (594 GP). All goalies that have played a ton and have been for the most part pretty healthy in their careers, their numbers are great from a durability standpoint but nothing in comparison to what Marty was able to achieve for many years in a row.

Rebound Control - One of the first things I noticed when I played against him or watched him was his rebound placement. He was unreal at putting pucks in areas that were out of danger or past the traffic. I'm not talking about catching pucks, but more about how he was able to angle or direct pucks off the original shot to the corners, past sticks in front and out of trouble. It was like he was thinking past the original save and was more concerned about what he was doing about the second shot. Something that was unreal if you watched intently on what he was doing or trying to achieve. To the naked eye, one might think he was letting up a bad rebound sometimes, but all of a sudden it was past oncoming rush and heading the other way. It was something he was very strong at doing consistently.

Puck Handling - Ron Hextall revolutionized the game with the way he was able to play the puck. I'm on record saying he was the best of all time. Marty was able to take it to another level and incorporate it into today's game. We all know New Jersey had an air tight defensive system and in their best days had big, mean and mobile defencemen that would stand you up at the blue line and teams would be forced to dump it in. That's where Marty's skills would go to work. He was able to stop the dump-ins and make a play to help them exit the zone quickly. It was to a point where his d-man would not come back to the puck but fan out and give him an option to pass. If there was no direct pass option, he was able to hit back-checkers coming back into the zone or hard rim it so that the wingers would have a board battle and flush the puck out of the zone that way. Anyway you sliced it, through his puck handling he helped them exit the zone more often than not, which led to less zone time and less shots against so they go on the attack offensively.

There are many other things we can focus on when it came to Martin Brodeur and his legacy but these were a couple that stood out for me. Having played against him, watched him for many years, and respected him for the way he handled himself professionally, one can only sit back and say "Congrats Marty, on an amazing career. Thank you for your contributions to goaltending and to the game of hockey."

Good luck on your next endeavour.