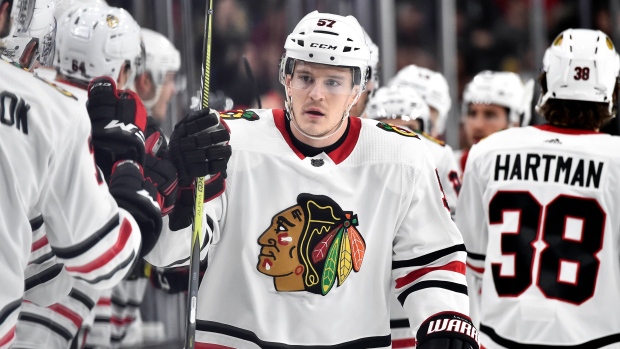 Postma, 29, spent seven seasons with the Jets franchise, appearing in a career-high 65 games during the 2016-17 season. He appeared in 14 games with the Boston Bruins last season, posting one assist.

Wingels, 30, was traded from the Chicago Blackhawks to the Bruins prior to the trade deadline last season. He scored a combined nine goals and 17 points in 75 games. He was held without a point in four playoff games with the Bruins.

Wingels has appeared in 448 NHL contests in his career with the Bruins, Blackhawks, Ottawa Senators and San Jose Sharks. He has 62 goals and 143 points in his NHL career.

Bouma spent six seasons with the Calgary Flames before joining the Blackhawks last summer. He had three goals and nine points in 53 games with Chicago and ended the year in the AHL with the Rockford IceHogs.