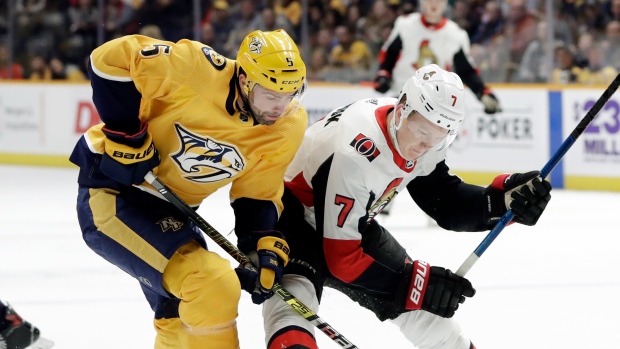 Nashville Predators defenceman Dan Hamhuis announced his retirement from the NHL on Thursday.

"Happily going into retirement now from hockey," Hamhuis said guesting with Matt Sekeres and Blake Price on TSN 1040. "(I) feel real at peace with it."

Hamhuis also told the duo that going into this season, he went into the year thinking he'd spend one year in Europe or retire. When the COVID-19 pandemic hit the world, that took playing in Europe off the table for the veteran defenceman.

Hamhuis won an Olympic Gold Medal with Canada as part of the team that won the 2014 tournament in Sochi.