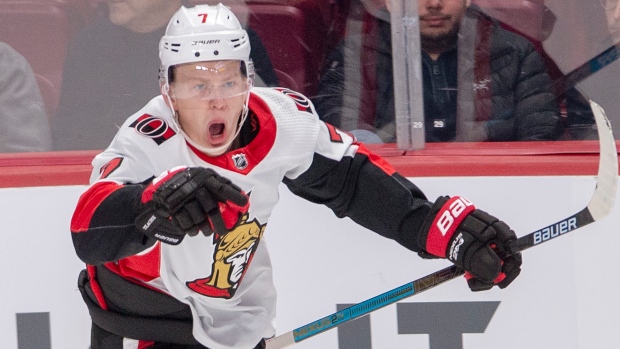 The Ottawa Senators could have a new look for the 2020-21 season.

Speaking Wednesday at the announcement of the team's new charity - the Senators Community Foundation - president of business operations Anthony Leblanc said he expects a new jersey to be a part of the Senators' rebranding over the coming months.

Anthony Leblanc says he expects the release of a new jersey will be part of the rebranding in the next couple of months. #Sens

The Senators have used their current logo since 2007, when they replaced the logo the franchise had used (with minor alterations) since their launch in 1992.

Ottawa missed the playoffs for the third consecutive season this year after reaching the Eastern Conference Final in 2017. The Senators own the third and fifth overall picks in this year's NHL Draft.