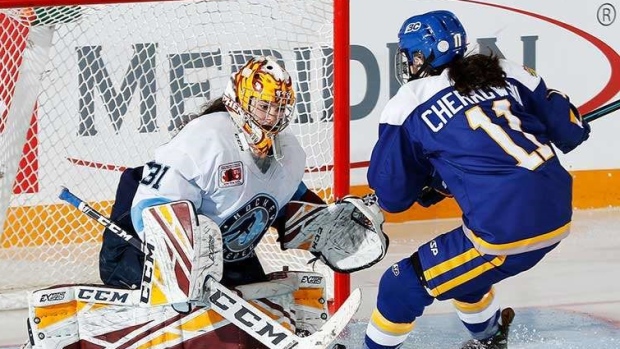 Gascon will join the team on Saturday and will be in the lineup for the game against the Val D’or Foreurs at the Slush Puppie Centre.

Gascon has a 9-5 record with the Cégep de Saint-Laurent Patriotes in the Quebec Collegiate Hockey League (Division 1) this season. Gascon, 18, played for the Patriotes last season and became the first female player in history to earn a regular position at the midget AAA level with the Collège Esther-Blondin Phénix.

Gascon could become the first woman to play in the QMJHL since Charline Labonté did with the Acadie-Bathurst Titan in 2000-01.