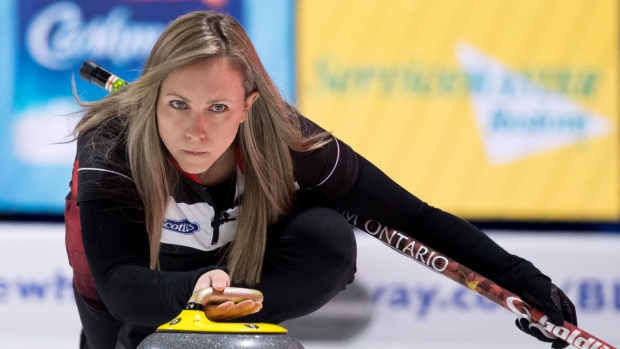 Rachel Homan gave birth to her daughter Bowyn three weeks ago, but was already back on the pebbled ice Thursday morning against Manitoba's Kerri Einarson in the opener of the Champions Cup as the action from the Calgary curling bubble continues at WinSport Arena.

Einarson scored four in the last end to win 6-3.

While eight months pregnant, Homan incredibly led her Ontario-based team to the Scotties Tournament of Hearts final in February, losing to Einarson for a second straight year.

She gave birth to her second child in late March. Homan also has a one-year-old son named Ryatt.

Alberta skip Laura Walker has joined Team Homan for the Grand Slams as an alternate.

The Champions Cup is the fifth event to take place inside the Calgary bubble and will be followed by the Players' Championship, also on the Grand Slam circuit, next week. The World Women's Curling Championship closes out the curling action later this month and into early May.