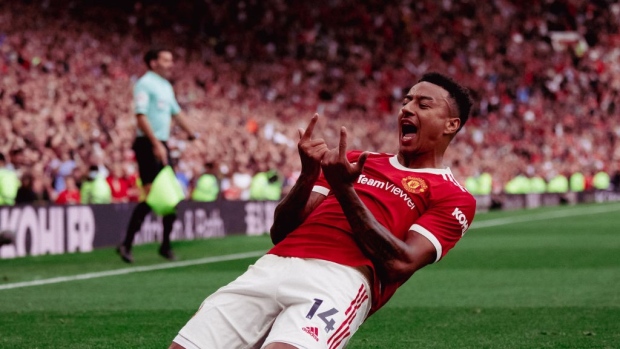 Out of contract at season's end, Jesse Lingard is leaving Manchester United after 22 years, but Ralf Rangnick didn't play him during Monday's 3-0 win over Brentford in what was the 29-year-old England midfielder's home match with the club.

"In the last couple of weeks under my tenure, he has played far more games than he used to," Rangnick ahead of Saturday's match at Brighton. "Secondly, on [Apr. 28] against Chelsea, he asked me to release him from the game and training the following day for personal family reasons. And this was the reason [he didn't play]. With only three substitutes, I had to take a decision between Edinson Cavani and Jesse Lingard, or the young [Alejandro Garnacho], who I would have loved to have brought on and given a chance to play."

The decision to not offer Lingard a farewell was met with derision by his younger brother, whose Instagram post noted that after "20 years of blood, sweat and tears, four domestic trophies and three cup final goals" no chance to say goodbye was given.

Rangnick says no matter what decision he made, he was going to be criticized for it.

"I took the decision to bring on Edinson," he said. "Had I not brought on Edinson, someone else might have asked if it's classless not to bring on Cavani or Garnacho. You have to take a decision and this will not be to the liking of everybody and this is part of the game."

Lingard has made 22 appearances for United this season, but only four starts.