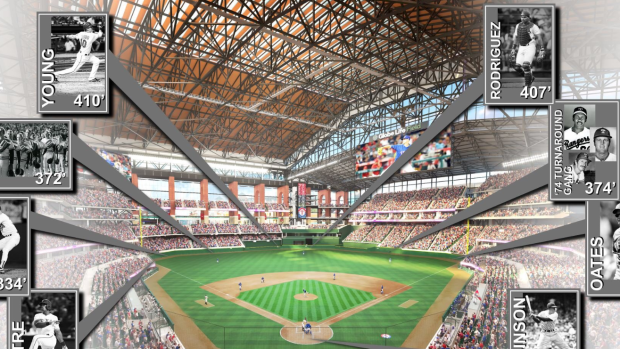 ARLINGTON, Texas — The dimensions at the new Texas Rangers' ballpark will be similar to their old stadium, with slightly altered distances designed to honour the team's retired jersey numbers.

The left field pole will be 329 feet from home plate, the 29 a reference to former third baseman Adrian Beltre's jersey. It will be 407 feet to straightaway centre field, honouring Hall of Fame catcher Ivan “Pudge" Rodriguez, and 410 at the deepest points to mark Michael Young's No. 10.

Former manager Johnny Oates' No. 26 will be marked by the 326 feet to the right field pole at Globe Life Field.

Rangers officials unveiled the dimensions Wednesday. The first game in the new stadium will be an exhibition against the St. Louis Cardinals on March 23, and the first regular-season game will be March 31 against the Los Angeles Angels.

At the team's home stadium the past 26 seasons, the dimensions were 332 feet to left field, 400 in straight away centre with 407 to the deepest points, and 325 to right.

There will be a marker at 334 feet on the eight-foot wall in left field noting the No. 34 worn by Hall of Fame pitcher Nolan Ryan. A 42 for Jackie Robinson will mark the distance from home plate to the backstop.