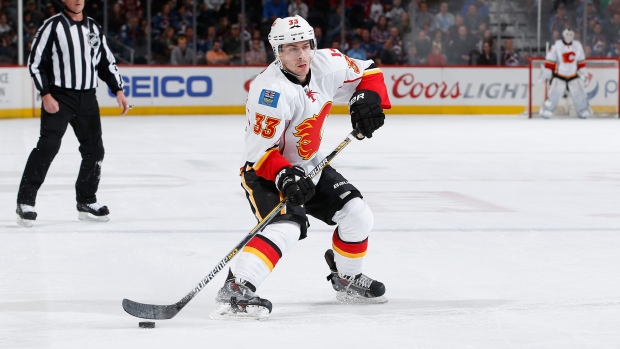 With the opening day of free agency winding down, Gorton later announced the acquisition of goaltender Magnus Hellberg from the Nashville Predators for a sixth-round pick in the 2017 draft.

Diaz, 29, is returning for a second stint with the Rangers. He played 56 games with the Calgary Flames this past season, finishing with two goals and two assists.

Prior to joining the Flames, Diaz played part of the 2013-14 season with the Rangers after being acquired in a trade with Vancouver on March 5, 2014. He has played in 201 NHL games over four seasons with the Rangers, Montreal, Vancouver, and Calgary, with eight goals and 41 assists.

Megna has skated in 48 NHL games over parts of two seasons, both with Pittsburgh, registering five goals and five assists.

Lindblad, 25, played in three NHL games with the Boston Bruins and 47 games with Providence (AHL) this past season. The 5-11, 193-pounder has skated in 106 AHL games over parts of three seasons, registering 18 goals and 33 assists for 51 points.

Prior to joining the professional ranks, Lindblad played three seasons of collegiate hockey at Dartmouth University.

Stalberg, 29, has played in 338 NHL games over parts of six seasons with Toronto, Chicago, and Nashville, with 62 goals and 70 assists. He established career highs in games played (79), goals (22), assists (21), points (43), and game-winning goals (six) during the 2011-12 season with the Blackhawks. In addition, Stalberg has two goals and seven assists in 38 NHL playoff games, winning a Stanley Cup as a member of the Blackhawks in 2013.

The 6-3, 210-pounder split this past season between Nashville and the Milwaukee Admirals of the American Hockey League (AHL).

Gibbons, 27, split this past season between the Columbus Blue Jackets and the Springfield Falcons (AHL). In 25 games with Columbus, Gibbons had five assists. He had three goals and eight assists with Springfield.

Gibbons has played in 66 NHL games over parts of two seasons with Pittsburgh and Columbus, with five goals and 17 assists.

Hellberg appeared in 38 games with the Milwaukee Admirals (AHL) this past season, posting a 15-10-6 record with a 2.33 goals-against average and a .913 save percentage. The 24-year-old Swede was a second-round pick by the Predators in the 2011 draft. He has a 42-36-7 record in three minor league seasons.