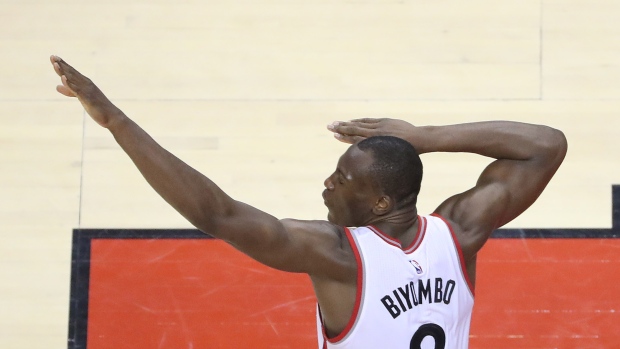 Out of the final four teams remaining in the NBA Playoffs, the Toronto Raptors have the lowest odds to win the title, according to Bodog,

The Raptors have been given 33/1 odds (or 2.94%) to win the 2016 NBA championship after beating the Indiana Pacers in the first round and Miami Heat in the second, both seven-games series.

The defending champs in the Golden State Warriors have the best odds at 5/8, followed by the Cleveland Cavaliers at 9/4 and the Oklahoma City Thunder at 6/1.

The Raps have 13/2 (13.33%) odds to upset LeBron James and playoff perfect Cavs in the Eastern Conference Final.

In the West, two-time MVP Steph Curry and his Warriors have 1/6 odds to defeat Oklahoma City.