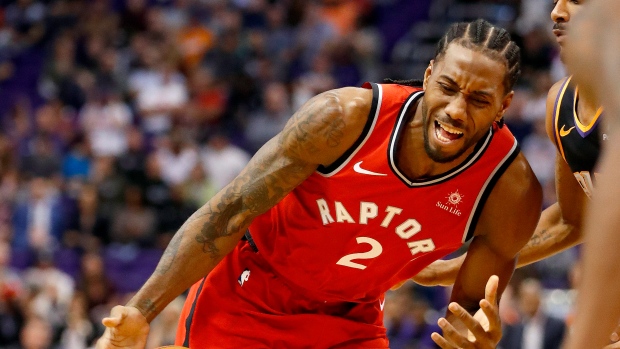 Toronto Raptors forward Kawhi Leonard is out for Monday's game against the Utah Jazz as he continues to battle an ankle injury, TSN's Josh Lewenberg reports. O.G. Anunoby will start in his place.

Kawhi Leonard (left ankle soreness) is OUT again tonight in Utah. Donovan Mitchell is OUT for the Jazz, also with an ankle injury, so both teams will be missing their best player.

Both Nurse and Kawhi himself have said they don't believe the injury is serious or long-term. His status for Toronto's game Wednesday in Sacramento is unclear. He originally sustained the injury Friday night against the Phoenix Suns in the dying minutes.

In seven games as a Raptor, Leonard is averaging 26.1 a night to go along with 7.6 rebounds.