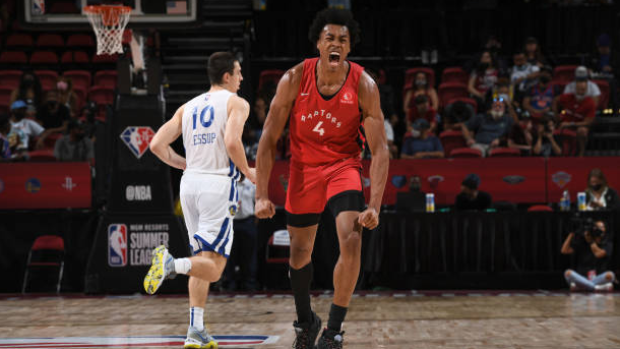 Barnes is the fourth member of the 2021 NBA Draft class to sign an endorsement deal with Nike, including first overall pick Cade Cunningham and Jonathan Kuminga and Chris Duarte who went seventh and 13th, respectively.

Scottie Barnes was picked with the fourth overall selection in this past draft after a strong freshman year at Florida State, in which he was voted as the ACC’s Freshman of the Year and Sixth Man of the Year.  He had an impressive showing in the Las Vegas Summer League as he averaged 15.5 points, 6.8 rebounds and 3.3 assists per game as he helped the Raptors go 4-1.

This new crop of rookie Nike players is expected to help the company showcase their new “Greater Than” collection of footwear, wearing player-exclusive models of the GT Cut, GT Run and GT Jump during games.