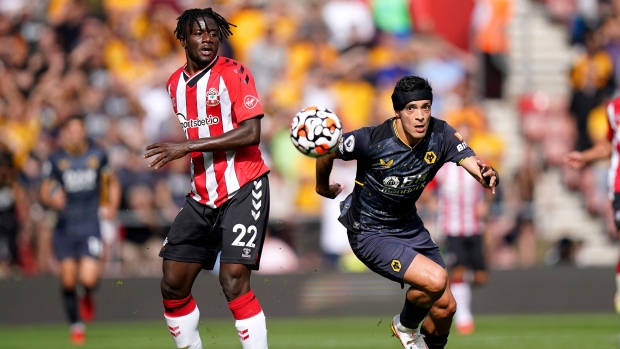 SOUTHAMPTON, England (AP) — Raul Jimenez conjured a moment of magic to claim his first goal since suffering a career-threatening fractured skull and earn Wolverhampton a 1-0 Premier League victory at winless Southampton on Sunday.

The Mexico striker, who wears protective head gear following his clash with David Luiz at Arsenal last year, ended a 336-day wait to hit the net after waltzing through the defense in the 61st minute.

He twice beat Southampton defender Jan Bednarek, as well as leaving Mohammed Salisu slipping to the ground, before slotting beyond goalkeeper Alex McCarthy in front of a packed away end.

Jimenez feared he would never play again in the aftermath of his horrific head injury at the Emirates Stadium almost 10 months ago and only returned to playing at the start of this season.

The goal secured Wolves only a second win of the season under new manager Bruno Lage.

Defeat for Southampton leaves the south coast team winless in the league this season after six games.