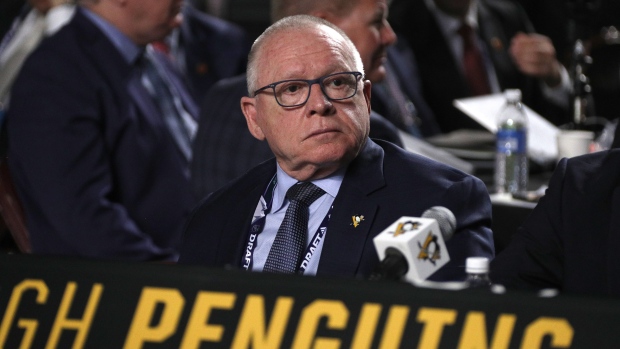 Jim Rutherford may be ready to return to work in an NHL front office.

Sports agency PBI Sports announced on Twitter on Thursday that it now represents the Hall of Fame executive, who stepped down as general manager of the Pittsburgh Penguins in January.

Obviously, Jim Rutherford is interested in getting back into management or senior management. https://t.co/LBhjAOl786

Former Pens GM has hired representation. The HHOF executive is ready to return to run a team if the fit is right. https://t.co/bkX2xKvdVL

Rutherford, 72, cited “personal reasons” in making the decision to leave the Penguins. He arrived in Pittsburgh in the summer of 2014 and guided the Penguins to consecutive Stanley Cups in 2016 and 2017, the first team in a generation to successfully defend its championship.

Rutherford joined the Hartford Whalers in 1994 and was general manager in 2006 when the franchise - which relocated from Hartford to Raleigh, North Carolina, in 1997 and became the Carolina Hurricanes - won its only Stanley Cup in 2006.

He was inducted into the Hockey Hall of Fame in 2019.