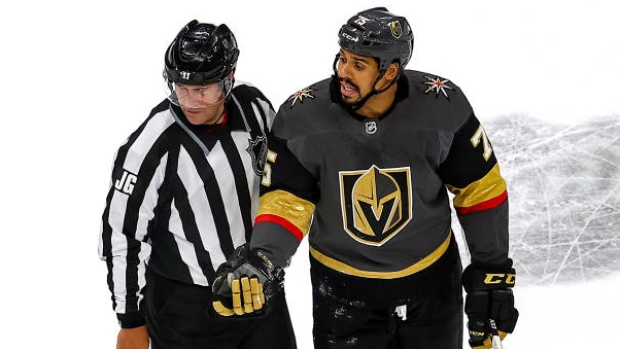 The New York Rangers acquired forward Ryan Reaves from the Vegas Golden Knights on Thursday for a third-round pick in the 2022 Draft.

Reaves has been with Vegas since the club's inaugural season.

The 34-year-old from Winnipeg had a goal and four assists along with 27 penalty minutes in 37 games this season for the Golden Knights.

Over 11 NHL seasons with St. Louis, Pittsburgh and Vegas, Reaves has 49 goals, 52 assists and 937 penalty minutes. He also has tallied 2,322 hits over his career - the third-most in the league over that time span.