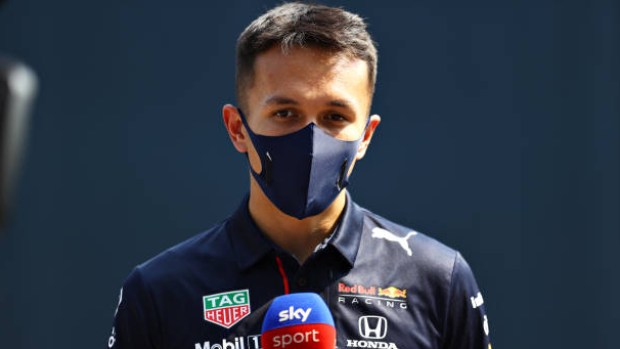 While Alex Albon while be racing with a Mercedes power unit at Williams next season, the door is still very much open for a return to Red Bull in the future.

Red Bull team principal Christian Horner told F1.com that while Red Bull released Albon from their program a year early so he could join Williams, the team kept a 2023 option for the 25-year-old.

“It means that we have a good relationship with Alex, he retains a link to Red Bull, and we would have an option on his services should they be required in 2023,” Horner said. “He was effectively out of contract at the end of next year anyway, so basically what we have done is speed that process up and secure future options on him.”

Albon, who was promoted to Red Bull from their sister team Toro Rosso, now AlphaTauri, midway through the 2019 season, was replaced as Max Verstappen's teammate by Sergio Perez at the end of last year. He has spent this season as a reserve driver for Red Bull.

“He’s done a great job behind the scenes, he’s been very much involved in next year’s car,” Horner said. “He signed the Williams agreement and then was straight back on the simulator late into the evening putting the hours in.

Albon, 25, finished seventh in the drivers' standings with Red Bull in 2020.