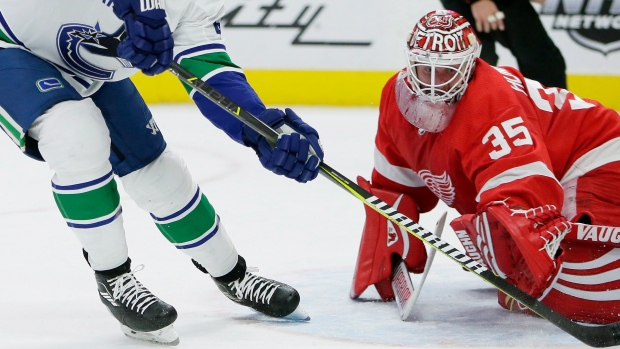 Detroit Red Wings goaltender Jimmy Howard was scratched from his start on Tuesday against the Philadelphia Flyers after apparently sustaining a back injury during the pre-game warmup.

ICYMI: Jimmy Howard injured his back in warmups and will not dress tonight. #RedWings

Jonathan Bernier made the start in his place.

The Red Wings were forced to call upon the Flyers' emergency backup netminder Justin Kowalkoski.

Kowalkoski, 32, dressed for the Pittsburgh Penguins as a back-up last season but did not see any ice time. A senior geologist by trade, he played goal for Colgate University in the NCAA from 2004-08.