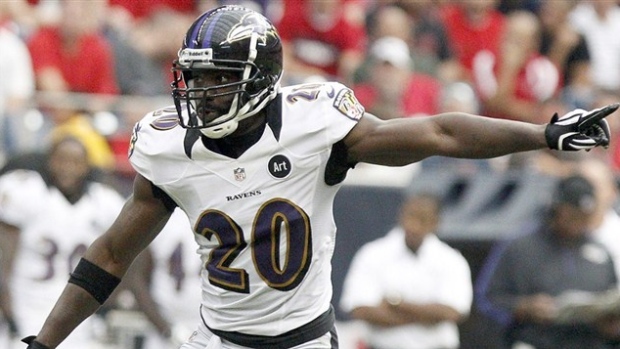 OWINGS MILLS, Md. - Ed Reed came into the NFL as a member of the Baltimore Ravens, and now he's leaving as one.

The nine-time Pro Bowl safety formally announced his retirement Thursday after signing one final contract with the team that drafted him 24th overall in the 2002 draft.

"This is where it started," Reed said. "I knew this is where it was going to end, because I never intended to leave this organization once I came here."

Reed played 11 seasons in Baltimore before splitting time with Houston and the New York Jets in 2012. He did not play last season.

Now 36, Reed said goodbye to the NFL in a news conference at the Ravens training facility.

"I just knew it in my heart that it was time to come home," he said. "It just felt right to do it ... and I'm trying to get my golf game together."

It was important to Reed that he leaves as a member of the Ravens, the team he won a Super Bowl with after the 2012 season. Reed made dozens of lasting friendships with his coaches and teammates — many of whom were in attendance — and was also active in the Baltimore community.

"Home is here. Home has always been in Baltimore," Reed said. "I love this city. I love this organization."

Reed was a star at the University of Miami when he initially caught the eye of Ravens general manager Ozzie Newsome.

"Ed was a game-changer," Newsome said. "Anytime there was a critical moment for the Miami defence, it seemed that Ed Reed made the play."

The same applied in the pros: Reed is the only player ever to score return TDs off a punt return, a blocked punt, an interception and a fumble recovery.

After signing the contract, Reed was added to Baltimore's 90-man roster. He was to be placed on the reserve-retired list Friday, making his retirement official.

Reed did not go quietly.

"I said, 'Ozzie, we need to negotiate this a little bit. Let me get three days, or maybe one year. I'm actually still available,'" Reed joked.

Reed will be added to the Ravens' Ring of Honor before a game Nov. 22, and it made perfect sense for the Ravens to hold a retirement ceremony for him because he never really looked right in the uniform of the Texans or Jets.

No, Ed Reed really needed to go out as a Raven.

"You're part of something when you come to Baltimore," he said. "I would hope that I did more than I was supposed to as a Raven."

Newsome, a member of the Pro Football Hall of Fame, added, "Probably the next time I'll be standing next to him is Canton."

Reed said, "One day, I guess, I'll be there. But I never thought about making it to the Hall of Fame. I just wanted to be a great player for my teammates."