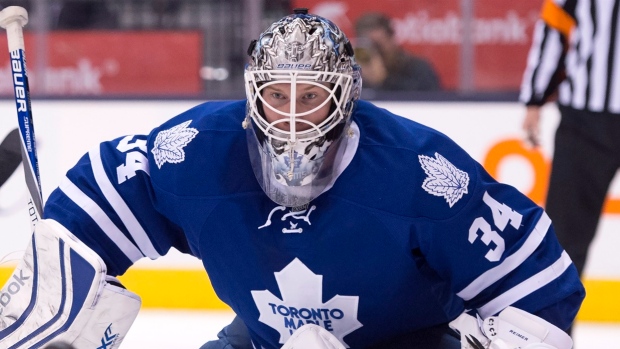 The Toronto Maple Leafs appear ready to stick with their winning lineup after snapping an 11-game losing streak on Saturday night.

Goaltender Jonathan Bernier announced at Monday’s practice James Reimer would start again in net against the New York Rangers on Tuesday. Bernier missed Saturday’s game against the Oilers due to illness, while Reimer allowed a goal with three seconds remaining to end his shutout bid.

Like Bernier, forward David Clarkson was also inactive for Saturday’s game but as a healthy scratch. Leafs head coach Peter Horachek said Monday no final decision had been made for Tuesday’s game, but TSN Radio 1050’s Jonas Siegel believed the coach implied Clarkson would not be in the lineup.

Leafs captain Dion Phaneuf skated prior to the team’s Monday practice, but did not join the group session. Horachek said he’s not sure when Phaneuf return from the hand injury that has kept him sidelined since January 21.