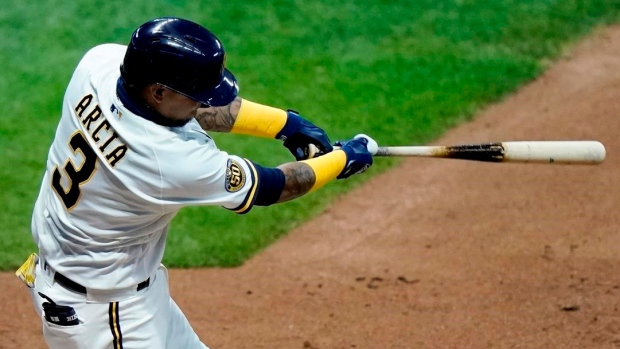 The Atlanta Braves found some infield help on Tuesday.

The Athletic's Ken Rosenthal reports the team is acquiring shortstop Orlando Arcia from the Milwaukee Brewers.

Arcia, 26, is in his sixth big-league campaign.

Through four games this season, Arcia has a hit in 11 at-bats.

The Braves (0-3) open a three-game series with the Washington Nationals (0-0), who are beginning their 2021 season after this past weekend's series with the New York Mets was postponed due to a COVID-19 outbreak.