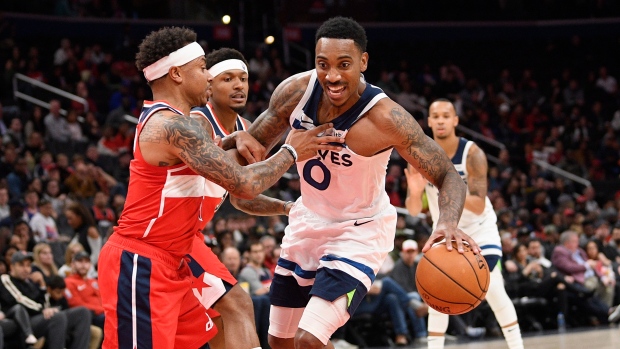 The Atlanta Hawks have acquired point guard Jeff Teague and forward Treveon Graham from the Minnesota Timberwolves in exchange for guard Allen Crabbe, according to a report by Adrian Wojnarowski of ESPN.

Teague has appeared in 34 games this season and has averaged 13.2 points and 6.1 assists per game for the Timberwolves.

Teague was dealt to the Indiana Pacers by the Hawks in July of 2016 as part of the three-team trade that netted them Taurean Prince from the Utah Jazz.

Crabbe has played in 28 games this season for the Hawks and averaged 5.1 points and 2.3 rebounds per game.

The 27-year-old has also appeared for the Brooklyn Nets and Portland Trail Blazers over the course of his seven-year, NBA career.