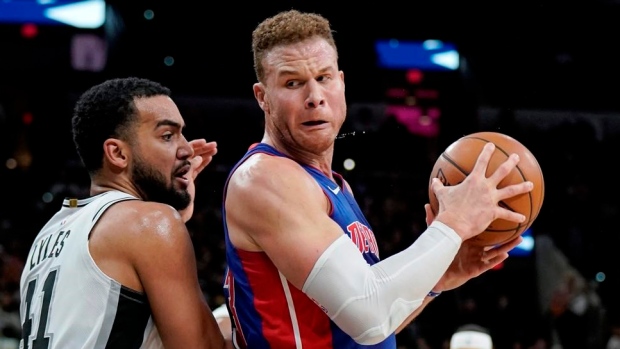 Former Detroit Pistons forward Blake Griffin has agreed to a deal with the Brooklyn Nets for the remainder of the season, according to a report by Adrian Wojnarowski of ESPN.

Free agent forward Blake Griffin has agreed to a deal with the Brooklyn Nets for the rest of the season, his agent Sam Goldfeder of @excelbasketball tells ESPN.

Earlier, Shams Charania of The Athletic reported that Griffin had cleared waivers and was expected to join the Nets.

The six-time NBA All-Star agreed to a contract buyout with the Pistons on Friday.

The 31-year-old spent parts of four seasons with the Pistons after they acquired him in a trade with the Los Angeles Clippers.

The 11-year veteran has averaged 21.4 points and 8.7 rebounds over the course of his 642 game career, but has posted career low numbers over the last two years.