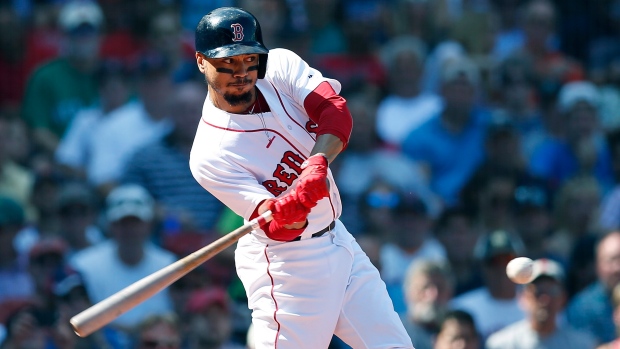 The Boston Red Sox and San Diego Padres have discussed a potential Mookie Betts trade, according to a report from The Athletic's Dennis Lin.

The Padres and Red Sox have discussed a potential trade that would bring Mookie Betts to San Diego, sources tell The Athletic: https://t.co/Mn5be5SwlM

Lin reports trade talks have focused on the Padres sending OF Wil Myers and "a significant amount of prospect talent" to the Red Sox in any trade for Betts.

Lin added multiple people familiar with the discussions called the trade unlikely, but there does appear to be legitimate interest on both sides.

Betts, who is due to become a free agent at the end of this coming season, avoided arbitration with the Red Sox by signing a one-year, $27 million deal with the club earlier this month. The deal was the largest one-year salary for an arbitration-eligible player.