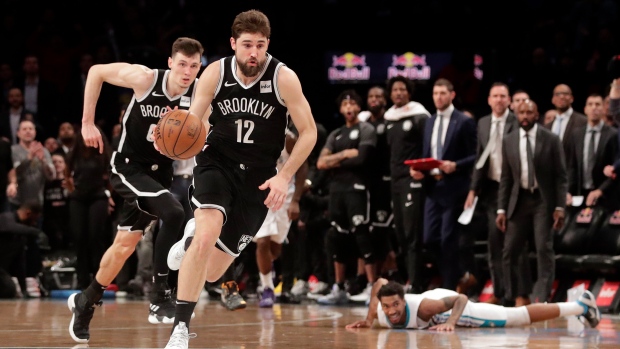 Sharpshooter Joe Harris has agreed to a four-year deal worth $75 million keeping him with the Brooklyn Nets, reports ESPN's Adrian Wojnarowski.

The 29-year-old Harris has shown steady improvement since coming into the league with the Cleveland Cavaliers in 2014-15.

Harris has spent the past four seasons with the Brooklyn Nets and established himself as one of the top three-point shooters in the NBA. He led the league by shooting 47.4 per cent from deep in 2018-19 and then followed that up last season with a mark of 42.4 per cent.

A native of Chelan, Wash., Harris played collegiately at the University of Virginia before being selected with the third pick of the second round by the Cavs in 2014.