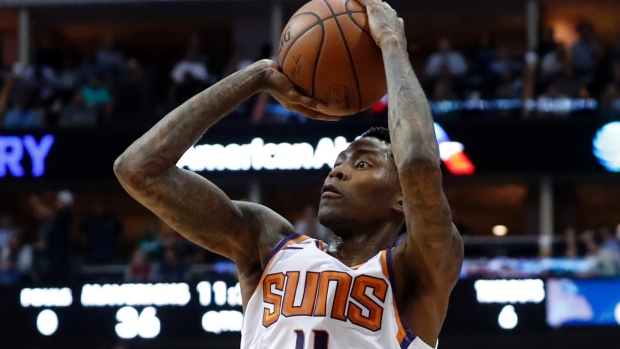 The Brooklyn Nets and veteran shooting guard Jamal Crawford have agreed to a contract and are moving toward a deal with guard Michael Beasley, according to Shams Charania of The Athletic.

Jamal Crawford has agreed to a deal with the Brooklyn Nets, sources tell @TheAthleticNBA @Stadium.

Michael Beasley is moving toward a deal with the Brooklyn Nets, sources tell @TheAthleticNBA @Stadium.

The Nets have been decimated of late and will be without Kevin Durant, Kyrie Irving, Spencer Dinwiddie, DeAndre Jordan, Wilson Chandler and Nicolas Claxton when play resumes in Orlando at Walt Disney World later this month.

Beasley, 31, appeared in 26 games with the Los Angeles Lakers last season, but wasn't with a team this season. The Kansas State product is a 12-year veteran, spending time with the Miami Heat, Minnesota Timberwolves, Suns, Houston Rockets, Milwaukee Bucks, Knicks and Lakers.

Brooklyn will enter the NBA's restart at Disney World seventh in the Eastern Conference at 30-34.