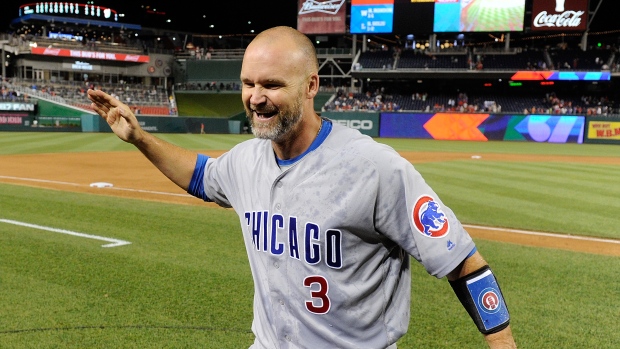 The Chicago Cubs are hiring former catcher David Ross as the team's new manager, according to multiple reports.

The 42-year-old Ross played on the 2016 team and currently serves as a special assistant in the Cubs' baseball operations department.

Cubs made their decision late yesterday afternoon and the other candidates have been informed they are indeed out. David Ross is the choice. @ESPNChiCubs joins me at 9:25 on @ESPN1000. Story coming on @NBCSChicago and the MyTeams app.

Cubs announced manager Joe Maddon would not return for the 2020 season in September after five years on the job. Maddon, who led the Cubs to a World Series title in 2016 with Ross on the roster, has subsequently been hired by the Los Angeles Angels.

Ross spent 15 seasons in the majors as a catcher, including his final two with the Cubs. He played in 883 games, posting a .229 average with 106 career home runs and 314 RBI. He also won a World Series title with the Boston Red Sox in 2013.

The Cubs missed the postseason this year with an 84-78 record. The team was eliminated from the playoffs in the wild-card game last fall.