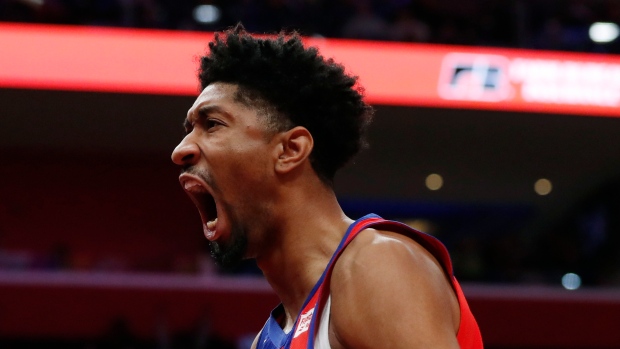 Forward Christian Wood and the Houston Rockets have agreed to a three-year, $41 million contract according to ESPN's Adrian Wojnarowski.

After playing only a handful of games with four different teams during the first three seasons of his career, Wood broke out in a big way last season.

Wood joined the Detroit Pistons as his fourth team and averaged 13.1 points per game to go along with 6.3 rebounds. He also shot an efficient 56.7 per cent from the field and 38.6 per cent from beyond the arc.

He got even better once the Pistons traded big man Andre Drummond to the Cleveland Cavaliers, averaging north of 20 points and nearly 10 rebounds per game.

The 25-year-old played college ball at UNLV and was first signed as an undrafted free agent in September of 2015.