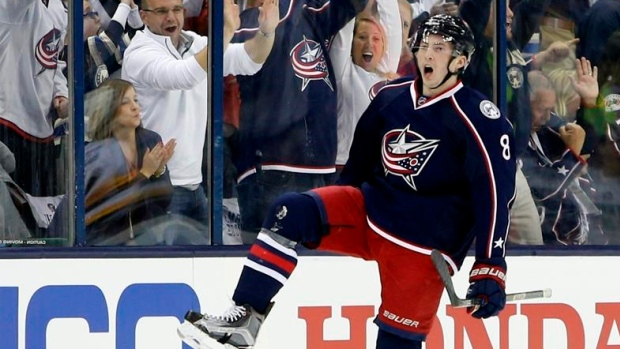 It appears restricted free agent Zach Werenski is looking for a bridge deal this summer.

According to Brian Hedger of the Columbus Dispatch, Werenski is looking for a three-year contract with a cap hit in the $5 million range from the Columbus Blue Jackets.

Hedger reports that other restricted free agent defencemen are currently waiting on Werenski and Philadelphia Flyers defenceman Ivan Provorov to set the market for them. Hedger adds "he's heard" Provorov's camp has asked for $10 million per season on a new deal, though that's likely on a longer-term deal.

Werenski is looking for a three-year deal & the cap hit is expected to begin with a 5.

No idea on when an agreement will materialize.

Aaron Portzline of The Athletic reported earlier this month that the Blue Jackets had discussed a three-year bridge contract with Werenski, as well as a longer-term deal. Blue Jackets general manager Jarmo Kekalainen told Portzline on Aug. 7 that he believed progress was being made towards a deal and said talks remain amicable.

“We’ve been pretty firm with the way we’ve handled things in these situations,” Kekalainen said. “And we’re going to be the same way – consistent – with Werenski, as well.

“We really appreciate him as a player. We want him to be a big part of our team and become a leader. He’s a great teammate and a good person. I’m confident that everything will get done and that he wants to be part of the team right from the start [of training camp].”

Werenski, who posted 11 goals and 44 points in 82 games last season while averaging 22:53 of ice time per game, is one of several high-profile restricted free agents who have yet to sign a contract for this upcoming season.

"It's a bit of a waiting game by the agents' side," Kekalainen added. "They're waiting for somebody else to go first [and set the market]. That's the way it goes, I guess."