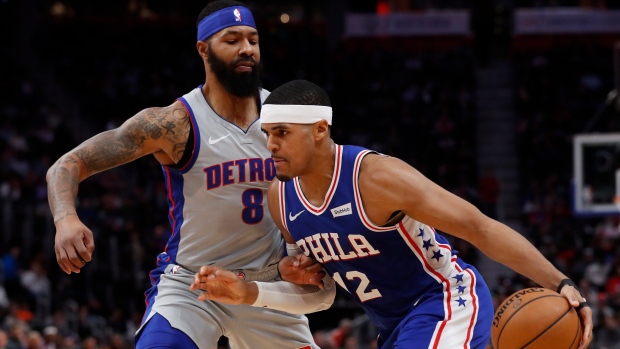 Markieff Morris is joining his brother in Los Angeles, but he won't be a Clipper.

Shams Charania of The Athletic reports that the veteran power forward will be signing with the Los Angeles Lakers following his buyout from the Detroit Pistons earlier on Friday.

Charania had previously noted that the Toronto Raptors had interest in the 30-year-old forward's services.

The Los Angeles Times' Brad Turner notes that the Lakers will have to clear a roster spot through waiving a player prior to officially signing Morris.

Sources: Markieff Morris and Lakers are closing in on a deal for him to join the team. The Lakers will have to waive a player to sign Morris, who got a buyout from the Detroit Pistons.

Morris was in his first season with the Pistons, starting 16 of the 44 games in which he appeared. A native of Philadelphia, Morris was averaging 11.0 points, 3.9 boards and 1.6 assists over 22.5 minutes a night.

A product of Kansas, Morris has also spent time with the Phoenix Suns, Washington Wizards and Oklahoma City Thunder.

Morris's twin brother, Marcus Morris, was a trade deadline addition by the Clippers.