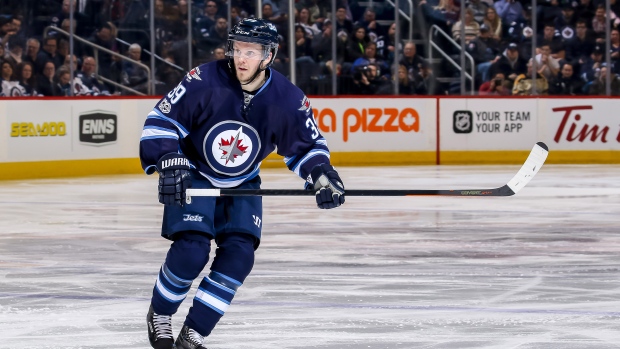 Winnipeg Jets veteran defenceman Toby Enstrom was scratched from the lineup for Sunday's must-win Game 5 against the Vegas Golden Knights and the 33-year-old was not happy with the decision, according to Jeff Hamilton and Mike McIntyre of the Winnipeg Free Press.

Following the elimination loss, Enstrom was nowhere to be found on Tuesday when the rest of his teammates were cleaning out their lockers with reporters being told he was "long gone."

According to sources of McIntyre, Enstrom was upset by head coach Paul Maurice's decision to sit him for Game 5 since he had played through the Western Conference Final with broken ribs. However, during his season-ending news conference on Tuesday, Maurice denied that Enstrom had been playing through that injury.

"No, he had dealt with broken bones in his feet during the year. But nothing broken," Maurice explained.

"The conversations with all three of them aren’t easy, especially when you factor in the number of injuries Toby has played with over my time here, broken bones, and fought through. It was a difficult conversation to have, but you have to have those conversations when you believe what you’re doing is right," Maurice said.

The 33-year-old Enstrom scored one goal and added five assists over 43 games in an injury-plagued 2017-18 season. He appeared in 11 playoff games this spring, but was unable to record a point.

The Swede was selected by the Atlanta Thrashers in the eighth round of the 2003 NHL Entry Draft and has spent his entire 11-year career with the Atlanta/Winnipeg franchise, scoring 54 goals and 254 assists over 719 games.

Enstrom is in the final year of a five-year, $28.75 million contract and is slated to become an unrestricted free agent on July 1.