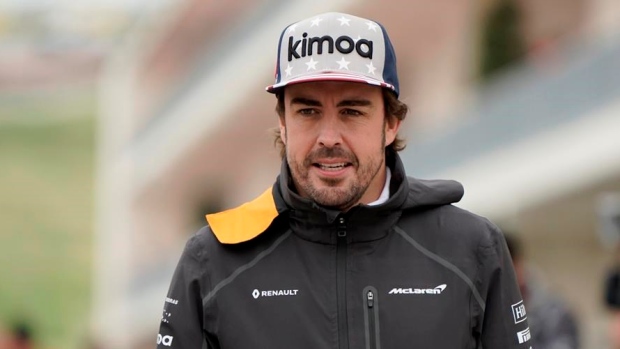 A Formula One great is heading back to the circuit.

The Spaniard, who will turn 39 later this month, last competed in F1 during the 2018 season with McLaren. This will be Alonso's third stint with Renault.

Alonso will be entering the Indianapolis 500 for a third time next month as a McLaren driver.

A native of Oviedo, Alonso made his F1 debut in 2001 with Minardi before jumping to Renault as a test driver the following season. He finished sixth in his first full season with Renault in 2003.

In 2007, Alonso jumped to McLaren and finished third on the season, but that alliance was short-lived with Alonso returning to Renault for the 2008 and 2009 seasons.

Alonso signed with Ferrari in 2010 and spent five years with the team, finishing as runner-up on three occasions in 2010, 2012 and 2013. He posted 11 wins over his half-decade with Ferrari.

He spent his last four F1 seasons with McLaren, but found little success with a 10th-place finish in 2016 his best result.

For his F1 career, Alonso has 97 podium finishes and 32 victories.