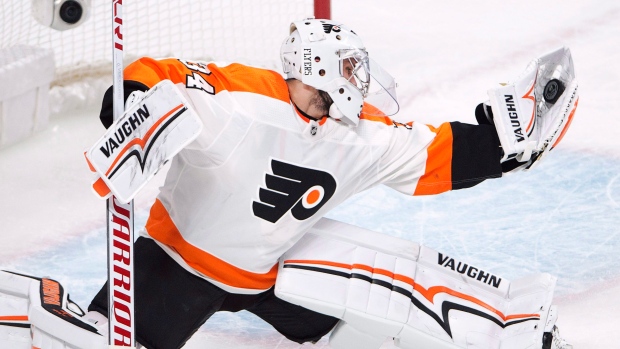 The Philadelphia Flyers will not offer goalie Petr Mrazek a qualifying offer on Monday, according to a report from The Hockey News senior writer Ken Campbell.

I've been told the Philadelphia Flyers will definitely not be offering goalie Petr Mrazek a qualifying offer tomorrow, which will make the 26-year-old an unrestricted free agent. Should be significant interest at a lower price than the $4 million cap hit he currently has.

With no qualifying offer, Mrazek will become an unrestricted free agent free to sign with any team on July 1.

Campbell speculates Mrazek could have a big market at a lower price than his current $4 million cap hit.

Monday is the deadline for teams to offer qualifying offers to their restricted free agents.

Mrazek split last season between the Flyers and Detroit Red Wings after a trade deadline day deal sent him to Philadelphia for conditional third and fourth round draft picks.