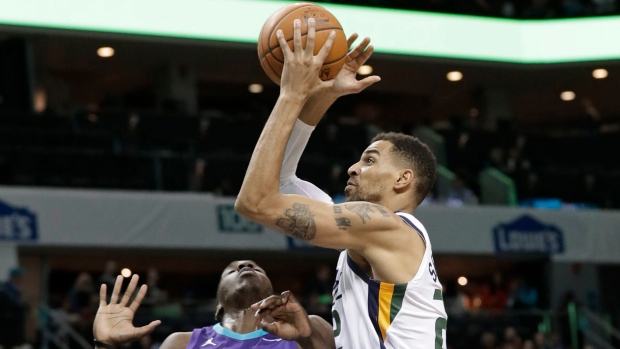 The Houston Rockets are signing veteran Thabo Sefolosha according to Marc Stein of the New York Times.

The 35-year-old appeared in 50 games last season with the Utah Jazz, putting up 3.8 points per game in 12.2 minutes. He has also spent time with the Atlanta Hawks, Oklahoma City Thunder and Chicago Bulls throughout his 13-year career. He was named to the NBA's all-defensive team in 2009-10.

The Vevey, Switzerland native was selected No. 13 overall in the 2006 NBA Draft. For his career, he averages 5.9 points a night in 828 regular season games.