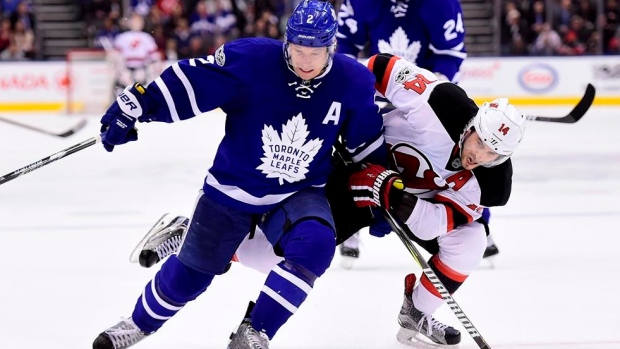 Matt Hunwick appears to be headed to the back-to-back Stanley Cup champions.

According to TSN Hockey Contributor Aaron Ward, Hunwick signed with the Pittsburgh Penguins on Saturday.

Hunwick played in 72 games with the Toronto Maple Leafs in the regular season this year, scoring one goal and adding 18 assists. He tallied one assist in six playoff games, averaging 25:39 of ice time per night. He most often paired with Roman Polak, who is also set to hit the open market at Noon et. on Saturday.

Hunwick, 32, spent the past two seasons with the Maple Leafs.

A veteran of 479 career games, Hunwick owns 21 goals and 86 points in his NHL career.