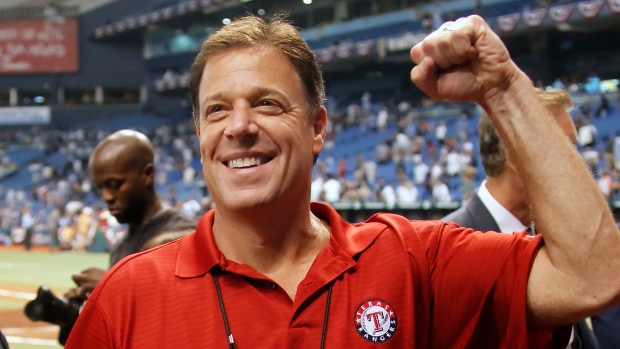 Soshnick reports the the deal would keep the Hurricanes in Carolina under the new ownership. He points out the price tag will be close to the fee Bill Foley paid for a Vegas expansion team and close to double Forbes' $230 million estimate of the Hurricanes' value.

Peter Kermanos Jr. is currently the majority owner of the Hurricanes and is joined by 18 minorty investors, including general manager Ron Francis. Kermanos became the franchise owner of the Hartford Whalers in 1994. He told TSN Hockey Insider Pierre LeBrun earlier this year he was willing to sell the team.

Greenberg left the Rangers in 2011 after seven months as CEO and two seasons as a part owner of the team.

The franchise moved to Raleigh, North Carolina from Hartford ahead of the 1997-98 season. The team won the Stanley Cup in 2006, but has made the postseason just once since, in 2009 when Carolina lost in the conference final. The Hurricanes finished last season 36-31-15 in their third season under head coach Bill Peters.