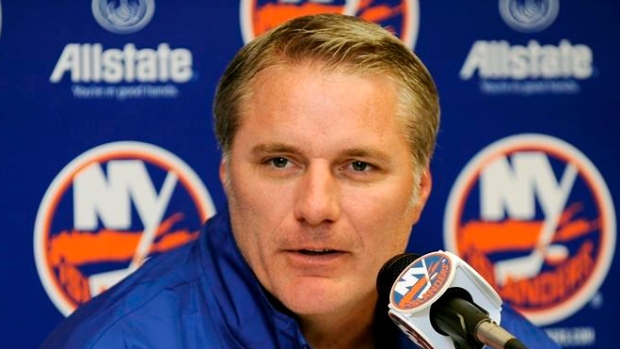 While his move had been rumoured in the days prior to its official announcement, Lou Lamoriello joining the New York Islanders front office still came as a surprise to general manager Garth Snow and head coach Doug Weight, reports Larry Brooks of The New York Post.

The pair were on a scouting trip in Denmark for the IIHF World Championship and did not receive word of the talks between owners Jon Ledecky and Scott Malkin and the 75-year-old Lamoriello, whose hiring as the team's president of hockey operations was confirmed last week.

Brooks adds that Snow - the team's GM since 2006 - was also in the dark about a meeting between Lamoriello and the club's pending free-agent captain John Tavares on behalf of the Isles when Lamoriello was still with the Toronto Maple Leafs in an advisory role. Lamoriello served as the Maple Leafs GM for three seasons before being named a senior advisor with Kyle Dubas's promotion.

The Islanders finished the season with a 35-37-10 record, in second-last place in the Metropolitan Division and 17 behind the New Jersey Devils for the final wild-card spot in the Eastern Conference. The team has missed the playoffs in two consecutive seasons and has reached the post-season only three times over the past 13 years.