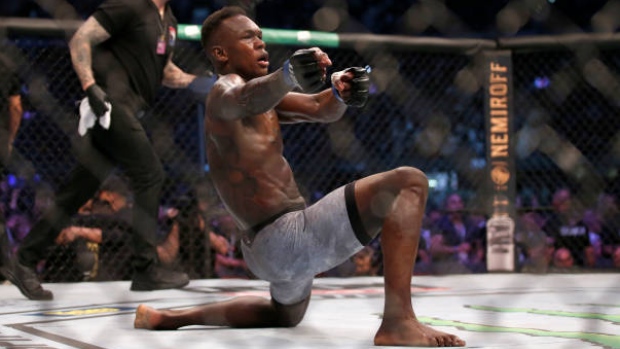 Israel Adesanya stormed his way to the UFC middleweight championship and now he’ll have one of the division’s toughest opponents for his first defence.  Yoel Romero will challenge Adesanya for the gold in the main event at UFC 248, Dana White tells Brett Okamoto of ESPN.

BREAKING: Israel Adesanya (@stylebender) vs. Yoel Romero (@YoelRomeroMMA) will headline UFC 248 in Las Vegas per Dana White. Adesanya was itching to fight. Big one in the desert on March 7. pic.twitter.com/pnx6M5aNoW

The 30-year-old champion has an undefeated 18-0 professional MMA record and captured the middleweight title with a second round KO victory over Robert Whittaker at UFC 243 last October.

Adesanya has won seven fights since joining the promotion, including a victory over MMA legend Anderson Silva at UFC 234 and a win over Kelvin Gastelum at UFC 236 which earned him the interim middleweight title.

Romero is on a two-fight losing streak, but remains one of the highest regarded fighters in the division.  His last two outing were setbacks against Robert Whittaker and Paulo Costa.

The 42-year-old has victories over former champions Lyoto Machida, Chris Weidman and Luke Rockhold, though he has missed weight in his last two title opportunities.