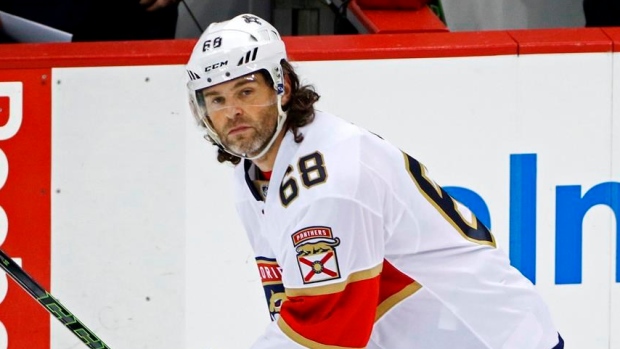 Jaromir Jagr is skating with his hometown team Kladno this off-season, but is still hoping to sign with an NHL team, according to a report from Czech hockey writer Zdenek Janda.

Jaromir @68Jagr skated with his hometown club Kladno. NHL is still priority for him. "I don´t think I am so bad that I couldn´t play there."

"I don´t think I am so bad that I couldn´t play there," Jagr told Janda, referring to the NHL.

Jagr spent the past two-plus seasons with the Florida Panthers and had 16 goals and 30 assists in 82 games for the team last year.

The Panthers announced they wouldn't be re-signing the 45-year-old this off-season and so far no other team has signed the veteran.